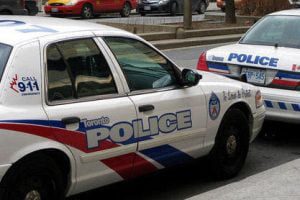 It is a crime in Canada to cause a police officer to enter on or continue an investigation with the intent to mislead them in any of the following scenarios:

(a) making a false statement that accuses some other person of having committed an offence;

(b) doing anything intended to cause some other person to be suspected of having committed an offence that the other person has not committed, or to divert suspicion from himself;

Committing any of these acts can lead to a public mischief charge.

Why is public mischief considered a crime?

The purpose of this law is to discourage the false reporting of offences. In a general sense, this charge is designed to prohibit someone from making false accusations which can potentially implicate an innocent person and usurp precious police investigatory resources.

What must the prosecution prove in order to establish a public mischief charge?

Where an accused person is charged with reporting that an offence has been committed when it has not been committed, the Crown must prove the following:

1)   that the accused reported an offence;

2)   that the accused’s actions or words contained in the report were false;

3)   that the accused intended to mislead the police; and

4)   that the accused’s actions or words caused a police officer to commence or to continue an investigation.

Must the falsely reported offence be a criminal offence to meet the definition of public mischief?

The word “offence” has been given a very broad interpretation by our courts. The term “offence” is not restricted to Criminal Code offences. The term also includes any breach of the law, federal, provincial or otherwise, that involves penal sanction.

Must the prosecutor prove the offence did not occur in a public mischief prosecution?

Where the Crown Attorney has failed to prove that an offence has not in fact been committed, the accused is entitled to an acquittal.

Must the police officer be misled by the false statement made by an accused person?

Where a police officer is not actually misled by the false statements or reports, the accused will be acquitted of public mischief but can nevertheless be convicted of attempted public mischief.

Is it still public mischief if the false report is not made directly to a police officer?

The law is still unsettled in this area. In some cases our courts have held that in order to attract criminal liability, the accused must be found to have made a false report directly to a police officer, or to someone else, with certainty that the person would contact the authorities.

At the very least, the “report” must be a formal complaint, made to a public authority who can effect an investigation in order to constitute public mischief.

What is the punishment for public mischief?

In Canada, the maximum punishment for committing the crime of public mischief is five years in jail. However every case and offender is unique and sentencing must be assessed on a case by case basis.

If you are facing a public mischief charge or any other criminal offence, contact Daniel Brown for a consultation.