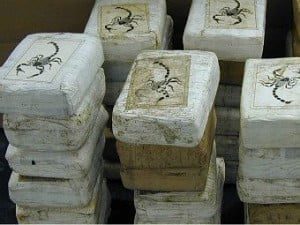 It is a criminal offence in Canada to import any type of drug including cocaine, marijuana, heroin, ecstasy or other drug prohibited by the Controlled Drugs and Substances Act. In Ontario, most drug importing charges arise out of crimes alleged to have been committed at Pearson International Airport in Brampton and are prosecuted at the Brampton Courthouse. Daniel Brown is an experienced criminal lawyer who frequently represents people accused of drug offences such as importing. To arrange a consultation to discuss your criminal law related matter, call (416) 297-7200.

What does it mean to import drugs?

The term “importing” does not have a legal definition beyond its ordinary meaning. Importing drugs means to bring in drugs (or causing them to be brought) from anywhere outside Canada to anywhere inside Canada.

Can a person be convicted of importing drugs if they didn’t personally bring the drugs into Canada?

An accused person may be convicted of importing drugs even in the absence of evidence that he or she personally carried the drugs or was present at the point of entry. Proof that the accused caused the drugs to be brought into the country will be sufficient to ground an importing conviction.

What must the crown attorney prove to establish that an accused imported drugs into Canada?

In addition to establishing that the accused person brought drugs into Canada or caused drugs to be brought into Canada, the crown must also establish that the accused had knowledge that the substance brought into the country was a controlled drug or substance. If an accused person unknowingly brought drugs into Canada, they are not guilty of the offence of importing, as they would not possess the requisite knowledge sufficient to ground a conviction for the offence.

Is it a defence if the accused thought they were importing a different illegal drug into Canada?

In some rare circumstances, it may be possible to argue that the act of importing was done out of legal necessity.

For the defence of necessity to be successful it must be shown that 1) there is an urgent situation of imminent peril; 2) there must be no reasonable legal alternative to disobeying the law; and 3) there must be proportionality between the harm inflicted and the harm avoided.

In some cases it has been argued that the accused was not guilty of importing using the defence of necessity, due to external conditions which “forced” him to bring drugs into Canada such as bad weather or mechanical failure of the airplane or ship used to bring the narcotics elsewhere.

Another potential defence to importing drugs is the defence of duress. Duress arises when a person commits a criminal offence under compulsion by threats of immediate death or bodily harm. In such circumstances the person may be excused for committing the offence if they believe that the threat of death or bodily harm will be carried out.

In some instances, an accused may be excused for importing drugs into Canada if it can be shown that the police have entrapped an accused, by instigating and encouraging him or her into committing the offence of importing.

Here it must be shown that the offence was manufactured by the police, and would not have been committed if the police had not presented the scheme to the accused and then put pressure on him to take the bait.

Additionally, it may also be argued that the conduct of the police was so outrageous or unfair as to amount to an abuse of process which should result in the charge of importing to be thrown out of court. Follow this link for more information on entrapment.

What are the penalties for drug importing?

Depending on the type of drug being imported, the maximum penalty for importing a drug banned under the Controlled Drugs and Substances Act can range from 10 years to life in prison.

Furthermore, the weight and quantity of the drug also plays a significant factor in sentencing.

For drug importations alleged to have occurred after November 6th, 2012, mandatory minimum jail terms will apply to those found guilty of importing either a schedule 1 or schedule 2 drug under the Controlled Drugs and Substances Act. For a detailed list of the types of minimum sentences that may apply, read: “Mandatory Minimum Sentences for Serious Drug Offences in Canada“.

Every allegation of drug importing is fact specific. Given the fact that most people charged with importing drugs face the potential of spending years in jail, if you or someone you know has been charged with drug importing, you should immediately contact a criminal lawyer for advice. Daniel Brown can be reached at (416) 297-7200 for a consultation.