Our lawyers have defended dangerous driving charges in all corners of the province and often appear in courts across the GTA in addition to the Toronto courthouses including Newmarket, Oshawa, Brampton, and Milton. 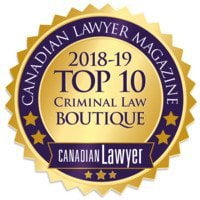 The remainder of this article defines the criminal charge of dangerous driving, reviews possible defences, and summarizes the penalties associated with a dangerous driving conviction in Toronto, Ontario. If you are charged with dangerous driving you should contact Daniel Brown Law at (416) 297-7200 for immediate legal advice.

What is dangerous driving?

Section  320.13 (1) of the Criminal Code of Canada reads that one commits the offence of dangerous driving by operating a conveyance (such as a motor vehicle, a vessel, an aircraft or railway equipment)  in a manner that, having regard to all of the circumstances, is dangerous to the public. These considerations including the nature, condition and use of the place at which the motor vehicle is being operated and the amount of traffic at the time is or might reasonably be expected to be at that place.

How is dangerous driving determined?

What standard is used to assess whether the vehicle was driven dangerously?

Dangerous driving is assessed by examining whether the accused’s conduct, viewed objectively (using the standard of the “reasonable person”), amounted to a marked departure from the standard of care that a reasonable person would observe in the accused’s circumstances. The prosecutor need not prove that the driver intended to drive dangerously. Rather, the court assesses the dangerous conduct against the standard expected of a reasonably prudent driver, regardless of the driver’s intention.

If the prosecutor can prove that the driving was a marked departure from how the reasonably prudent driver would have driven in the circumstances, the fault element of the offence will have been established.

How is the term “marked departure” defined?

The lack of care in driving must be serious enough to merit punishment. It is only when there is a marked departure from the norm that objectively dangerous conduct demonstrates sufficient blameworthiness to warrant a criminal offence.

What if the dangerous driving was caused by a momentary loss of attention?

Although there may be exceptions, momentary inadvertence that occurs within a few seconds, while in the course of driving that is otherwise proper, is more suggestive of civil liability rather than the “marked departure” required for a criminal conviction. Therefore, most cases demonstrating only a momentary loss of attention will not be sufficient to ground a conviction for dangerous driving.

How is the term “dangerous” defined by the court?

The requirement that the vehicle be operated in a manner “dangerous” to the public involves driving that is perilous, hazardous or unsafe. The word “dangerous” is defined in Black’s Law Dictionary, 6th ed. to mean: “Attended with risk; perilous; hazardous; unsafe.”

Must the public actually be put in danger to ground a conviction for dangerous driving?

Excessive speed, depending on the context in which it occurs, can endanger the lives or safety of the public and amount to a marked departure from the standard of care of a prudent driver so as to support a conviction for dangerous driving.

Consideration also has to be given to, the nature of the roadway and place where the driving occurred, the distance over which the accused maintained the high speed, whether the accused was keeping a look-out compatible with operation of the vehicle at a high speed, and the entire driving pattern.

Can impairment by drugs or alcohol amount to a defence to dangerous driving?

It is not a defence to claim that the dangerous driving at the time of the offence was not voluntary or intentional by virtue of a person’s intentional drug or alcohol consumption. A person’s voluntary consumption of drugs and/or alcohol under circumstances in which he knew or ought to have known that his ability to drive might thereby be impaired is sufficient to support a conviction for dangerous driving.

Can the involuntary consumption of drugs/alcohol amount to a defence to dangerous driving?

Involuntary or unintentional consumption of drugs and/or alcohol, which lead a person to drive in a dangerous manner, may operate to negate the fault element for dangerous driving. For example, if a person operates a vehicle in a dangerous manner after becoming unknowingly drugged at a bar, they may be acquitted of the dangerous driving if they were unaware of the potential side effects the drugs had on their ability to drive.

What are other defences to dangerous driving?

Unexpected medical impairments such as seizures, hallucinations or black-outs may also provide a person charged with dangerous driving with a defence. However, if the medical impairment was caused as a result of the driver’s voluntary decision not to take medication for the pre-existing condition, his actions will not be excused by his medical conditions. The accused’s guilt would be grounded on the historical awareness that, because of a diagnosed condition, the accused could be a danger to the public while driving.

What are the penalties for dangerous driving?

How can you appeal a conviction or sentence for dangerous driving?

Every case of dangerous driving is fact specific and needs to be assessed on an individual basis. Personal circumstances and the other circumstances surrounding the driving are important considerations. Please call Daniel Brown at (416) 297-7200 to arrange a consultation to discuss a dangerous driving charge or other criminal matter.