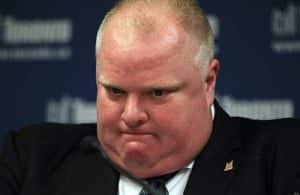 The Application was brought on behalf of Mohammad Khattak, one of three men pictured with Mayor Rob Ford outside a suspected drug house for the purpose of dispelling the perception there’s a connection between Khattak  and the video of the mayor smoking crack cocaine.

During the application hearing, Justice Nordheimer watched two videos recovered by Toronto Police during the execution of search warrants as part of Project Traveller and clarified the contents of the two videos.

It was a widely held belief that the videos seized by police were essentially two version of the same video depicting the Mayor smoking crack cocaine. This is apparently incorrect. At paragraph 2 of his ruling, His Honour confirmed that the longer video depicted the Mayor of Toronto and that the second video is much shorter and is “separate and apart” from the first video. He observed that, “it might be reasonably concluded that what is revealed in the second video relates back to the first”.

Judge Nordheimer also noted that Police Chief Bill Blair “fairly characterized the contents of the video as being ‘consistent’ with previous media reports.”

The ruling concluded that while Mr. Khattak has a “legal interest” in the video, allowing him access to the video at this time would be premature. Given the interest in protecting the fair trial rights of Mr. Lisi, who is currently charged with extortion, access to the video should only be granted after Mr. Khattak commences a civil action against those who associated his photograph with the video.

Justice Norheimer concluded “there is nothing that prevents [Khattak] from bringing a subsequent application for access to the videos when his interests in them may have become more tangible”.

The full decision can be found below.